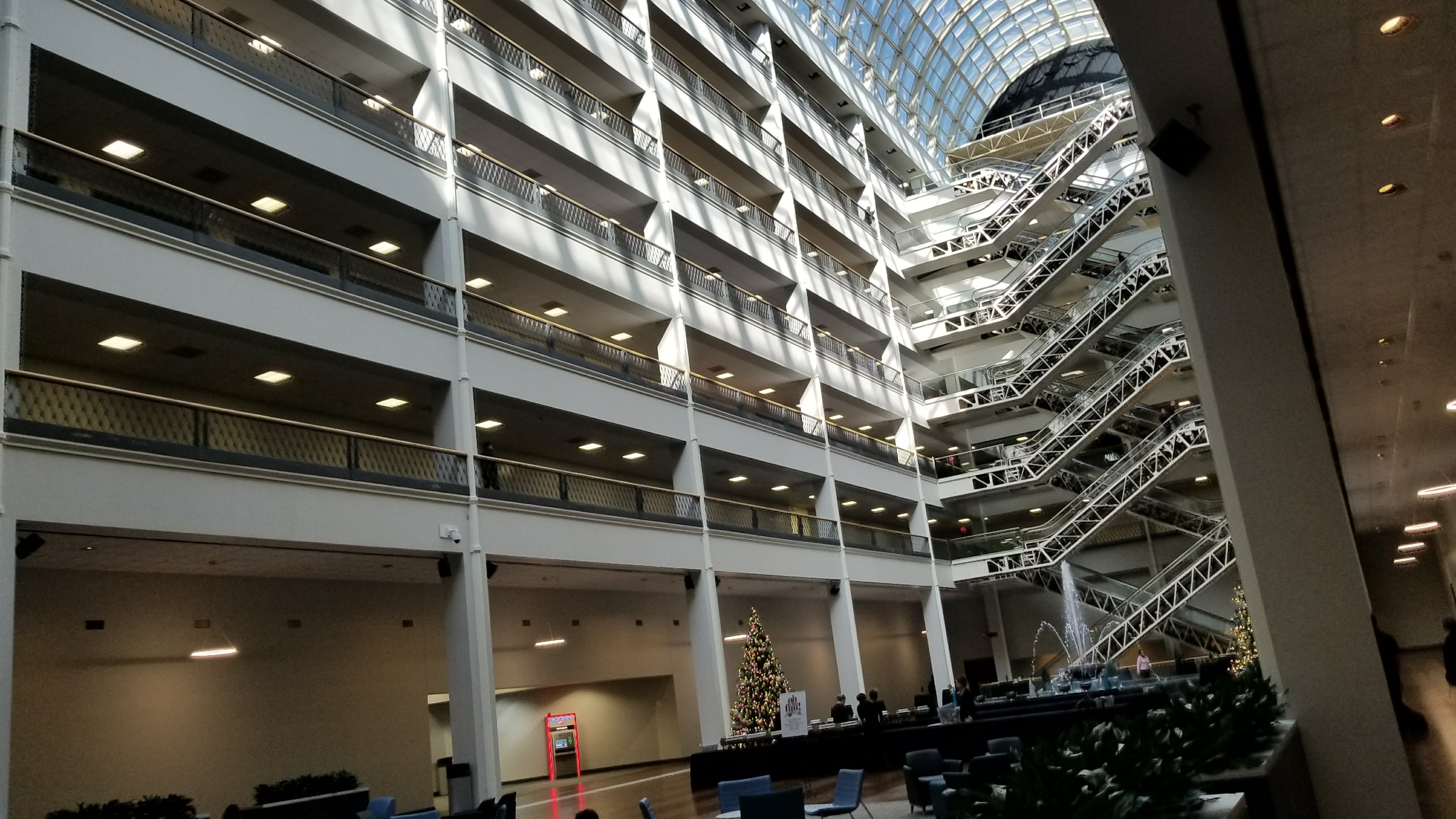 It’s fitting this should be my first post. In the early days of my career as a network engineer, I remember going to a sales meeting with Juniper rep. We were at lunch and he was droning on and on about how awesome their routers were. This must have been about 2005 or 2006. Anyhow, my boss and young colleagues were enamored with the gadget talk, but I just kept eating my lunch.

“I’ve been talking for a while,” he says. “You’ve been pretty quite and I’m wondering why and what you think.”

There are few times where people can say it was a seminole moment in their careers. This was mine.

With as much professionalism as I could muster, I began to dismantle what he was saying. Not because what he said was far-fetched or even a lie. I knew that even if the features he described were totally baked (which they weren’t), they weren’t remotely needed in our organization and would cost a fortune to implement. This salesman had supported us for three years and had no idea what we actually needed. The end result was I was tired of being fed the glossy brochure and he agreed that much of the enhancements were vaporware and not necessary for us. After coming to that understanding, we had a great lunch.

Unfortunately, that moment made me skeptical of anything IT related. Too many VARs fail to recognize what their customers need and the sales staff just wants to sell a product despite the product fit.

My first two years as a network engineer were all about bleeding edge. How much technology could I learn and DO just for the sake of doing it. It didn’t take too long to stop that practice. Most of you know how much it sucks to get involved on a 6-hr troubleshooting call on Christmas Day because you thought the latest widget was a “perfect” solution.

Times have changed since then and I bring up that story because my experience with Equinix has been remarkably different. Cloud connectivity has been fueling enterprise networking for several years now. When you look at the trend, most enterprises will do a hybrid-cloud data center architecture. For many networkers, we are trying to not only keep the packets flowing, but are also attempting to be visionaries in organizations that just want to keep the lights on and view your department as a necessary cost-center. It’s a delicate balance.

This week I had the opportunity to go to Dallas for a visit to the Equinix facilities. Our salesman, Jason Williams, and his colleague Mike Schofield, have been talking with me for a few months about the benefits Equinix can bring to our organization. Now, full disclosure, we haven’t fully implemented this at my organization yet, but the opportunities seem really good. I actually recognized the benefit after the first meeting and Jason and his team have been working to understand our needs and challenges on the network.

The Equinix business model is to build data centers—or performance centers and cloud exchanges—on major network distribution paths across the globe. The idea is that if you can build regional data centers for customers, pull fiber laterals from the trans-continental fiber paths, give your customers access to these service providers in a simple marketplace, and cross-connect into AWS, Azure, Google Cloud Services, and others, then the Equinix business will flourish. This has worked well in their case as 90% of global Internet traffic passes through an Equinix POP and their customer base is growing faster than they can print glossy brochures.

The company I currently work for sends muli-gigs of data via long-distance global MPLS WAN links. We have no control over the physical path of the carrier backbone, they are expensive circuits, and packet size is limited to 1500 MTU making transfers less than ideal. Obviously this isn’t the most efficient way to send data but it’s also cost-prohibitive to run high speed point-to-point links to all of our offices around the globe. Equinix is a candidate to solve that problem.

Okay, so to the tour.

Equinix has multiple data centers in the Dallas area, and around the world. I visited the Infomart location and it’s been 20 years since I’ve last been there as a Logistics Coordinator for a now-defunct Internet training company in the late-90’s. A lot’s changed since then. In 2017, the Infomart is a well-guarded building with 1.2 million square feet of Internet exchange. When Equinix moved into the building it put them in a prime location to run the laterals from major trans-continental fiber runs.

The afternoon was spent with several vendors—Pure Storage, Veeam, and Arista—who spent some time discussing how their platforms operated in traditional, hybrid-cloud, and cloud networks. As a network architect, having solutions providers explain how to leverage their equipment is critical if I am to sell the business on an idea. Working with “cool” technology shouldn’t be enough. There must be benefit. We technologist need to transform from being a cost-center to a business enabler.

With Equinix and these partners, the ability to move into a hybrid-cloud or cloud-only model has significant cost and performance improvement potential. Many businesses will leverage AWS, Google Cloud, and Azure in the coming years. IT staff should get familiar with the technology and how to best leverage it or they may find themselves put out to pasture.

Equinix offers the ability for businesses to connect to the same data center as these cloud providers. Add Pure Storage and a company can control the spinning discs at the cloud, leverage the IaaS connectivity model, and efficiently connect to their other global data centers. For companies looking to improve performance by potentially eliminating their global MPLS networks, Equinix boasts hoteling over 1800 network providers, globally. They also carry 650 cloud providers which means connecting your legacy business to the cloud is as simple as patching a cable (assuming your network architecture is correct).

Exchanging long-haul meshed networks for regional point-to-point high-speed-low-latency circuits gives the enterprise the ability to push content closer to the end-user. This is a growing demand especially with IoT, 5G, and streaming services (Netflix, Hulu, etc.). Network engineers need to be more concerned with end-user experience than they have been in the past. The information given at this Equinix event isn’t necessarily earth-shattering or new, but it’s an eye opener to see how the Internet is actually transforming into a service. The future is to push content close to the end-user. How we do that cost-effectively and with stability and survivabilty is where the technology services come into play.

For further information, view the Equinix web site and read through the knowledge base. There’s a lot of information to get your head wrapped around.